In the interest of saving time I shall tell you bluntly and TRUTHFULLY that the term RESIDENT means PROPERTY of the “lord of the land” or LAND LORD… and THAT dear reader is the utterly FILTHY, “elitist” and feudalistic ideology hidden from you by your FILTHY public school teachers, university QUACKademics, the MSM, FILTHY Big Tech, etc.

Now let’s break down the term RESIDENT and how the etymology of the term relates to law. And, how the law is applied as it relates to YOU – a Living Man or Woman of soul, flesh and blood being.

Below is the definitions of RES... RESIDENT… and RESIDENCE.
​I am going to break them down so you can get a better understanding the language. 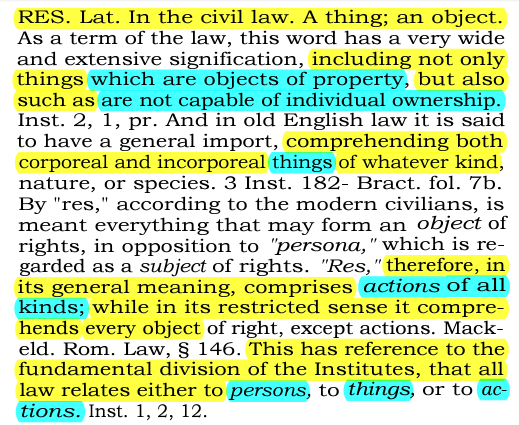 RES means a THING; an OBJECT. If you are thinking… “but I am a human being… I am not a thing or an object”… you are on the right track. That means you are already connecting RES to RES–IDENT in the sense you consider yourself a RES–I–DENT of the STATE (corporation) in which YOU THINK your physical BODY RES-IDES.

If this is where you are at… stay with me… the rest of this breakdown is just going to show and prove to you what you already figured out. If you still need more clarity… stay with me… hopefully by the end of this article you will have enough to connect the dots.

​Under the definition, it tells you that RES is a term of law and as such… has a WIDE and EXTENSIVE SIGNIFICATION.

​In other words, the definition is already telling you that (at law) the term RES has many various LEGAL meanings.

The definition goes on to say… “including not only THINGS which are OBJECTS of PROPERTY but also such as are NOT CAPABLE of INDIVIDUAL OWNERSHIP.”

In other words, property can NOT own property if it is property because property has no rights.

To be clear, this APPLIES to so called “white” and “black” people. Because the United States (Federal jurisdiction) operates under COLOR OF LAW… all PERSONS who are considered RES–IDENTS of a particular STATE are SUBJECTS of the STATE and also SUBJECTS of the UNITED STATES (28 USC § 3002 15 (A)).

So even though so called “white” people are also PROPERTY… the STATUS of “white” GUARANTEES them (Albion Europeans – foreigners) the RIGHTS and PROTECTIONS afforded to them by the organic Constitution, which so called “black” people were not a party to because of their DEAD STATUS.

The definition then goes on to say that in old ENGLISH law… RES is said to have general IMPORT, comprehending both CORPOREAL and INCORPOREAL THINGS of whatever KIND, NATURE, or SPECIES. 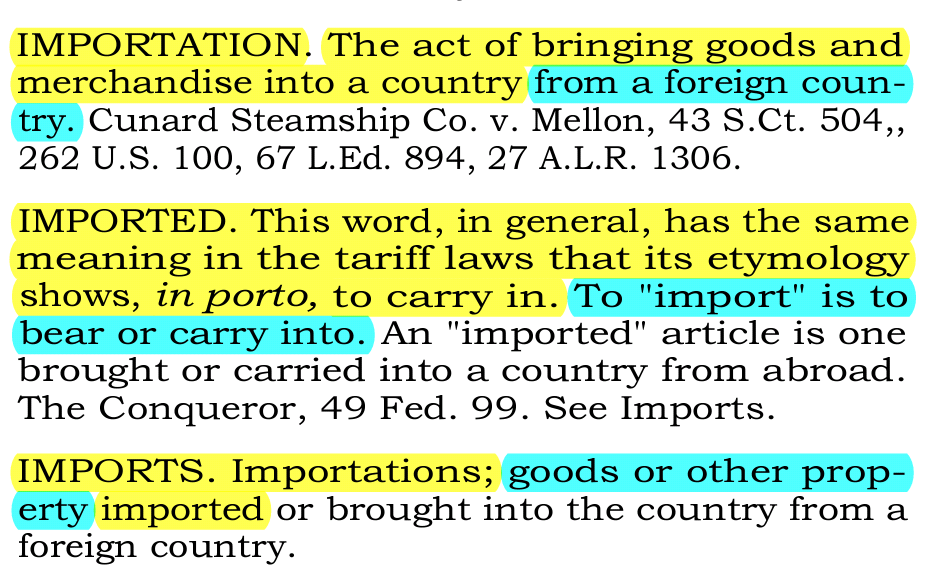 ​An IMPORT is a good or other property. Now use your critical mind… so called black people were made into “slaves” and slaves were considered property. A so called African “slave” would be considered an import.

Also, an INDENTURED SERVANT (one who is under SERVITUDE of INDENTURE, a contract) is considered property.

So what is CORPOREAL? 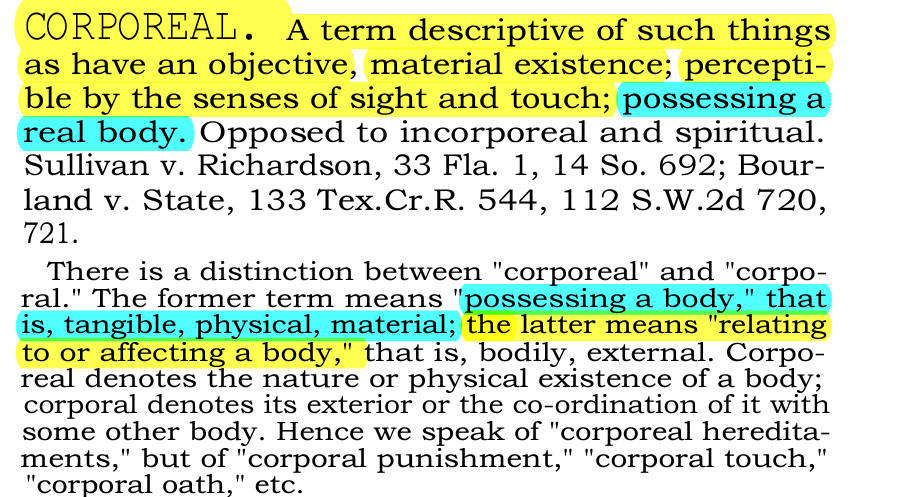 A PERSON can also be regarded as a THING. 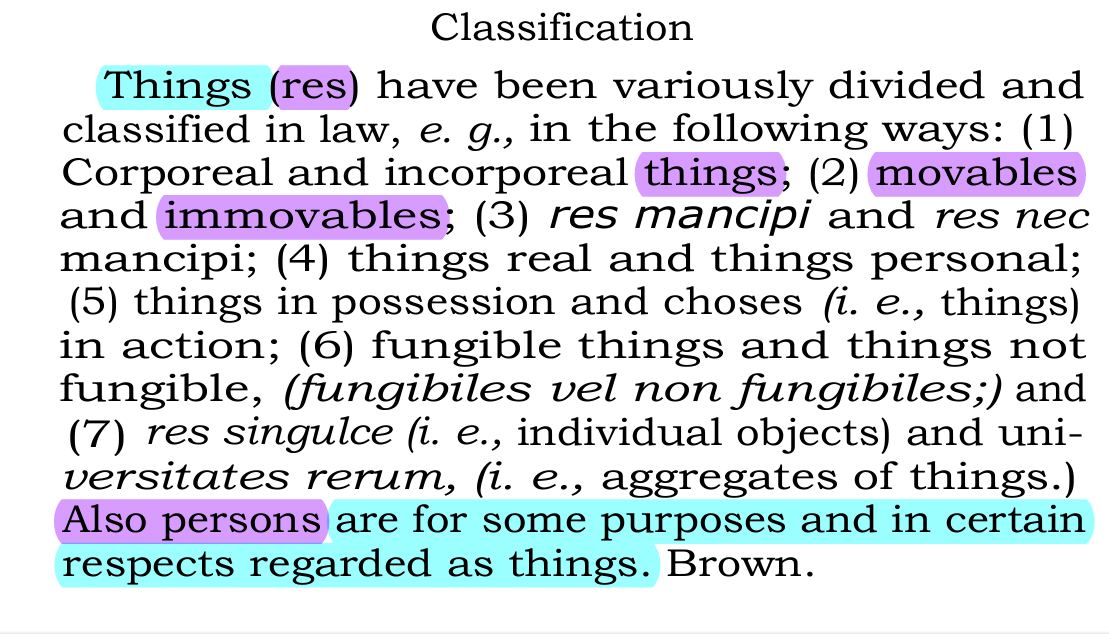 CORPORATIONS… are without a body.

RES in modern usage is applied to an OBJECT (thing)... SUBJECT–matter… or STATUS. 👀 Also note that a CAPTURED VESSEL is “the res” meaning the object or thing… which can also be a person.

So what is a RESIDENT?

It says that a RES-I-DENT is one who has his RES-I-DENCE (IN) a place. We have already learned that the root RES means THINGS… and that it also has different meanings depending on the THING REAL (CORPOREAL) or NOT REAL (INCORPOREAL).

When dealing with people… or PERSONS… depending on their STATUS determines whether or not they are functioning as LIVING SOULS or CHATTELS.

To drive this point home… if you are… or claim to be a citizen of the United States of America… and a RESIDENT of one the several States, you are chattel.

This also suggests to me that you are not in your PROPER PERSON… therefore you have to operating as the CORPORATE (SURETY) FICTION… and thinking you are operating as YOU. 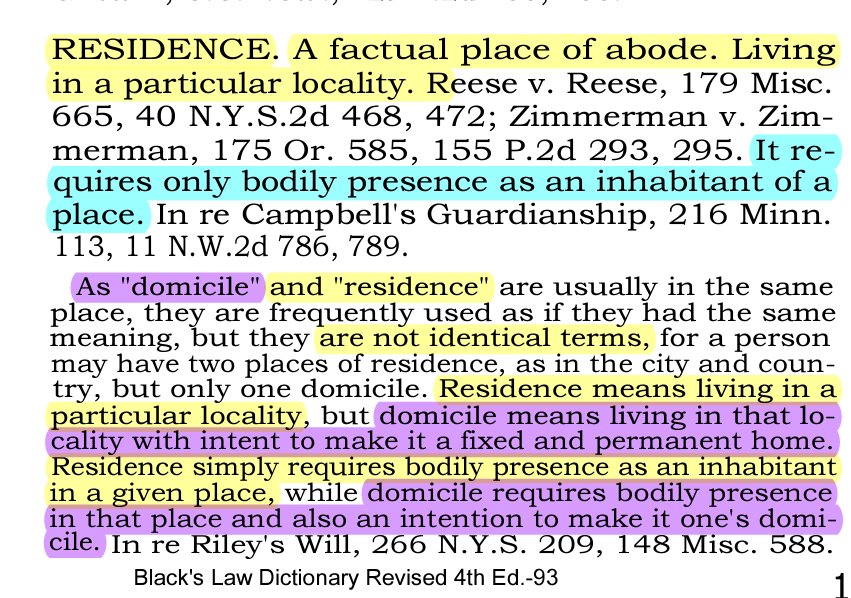 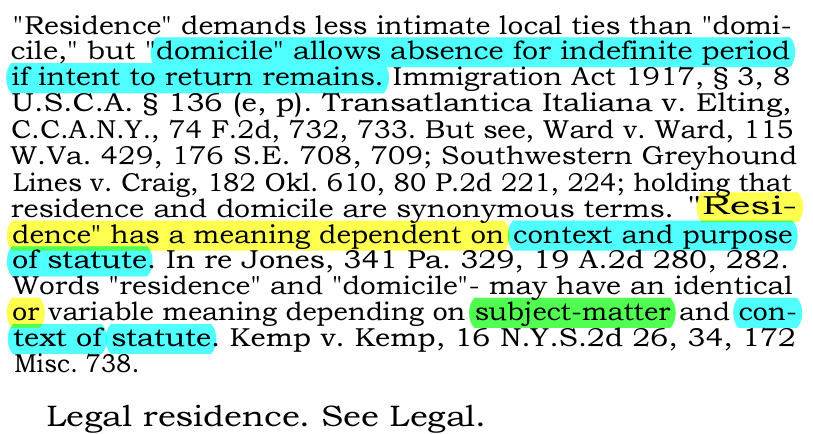 A RES-IDENCE is a FACTUAL place of abode…. meaning it exists!
It only requires YOUR BODILY presence.

a DOMICILE however can be without a body.

Are you starting to get the picture?