And yet, you can stand back and look at this Earth and see that we have the money, the power, knowledge and know-how to produce a kind of human paradise.

But, YOU are led by the least among us, the least intelligent, the least noble, the least visionary – and YOU do not fight back against the dehumanizing values that are handed down as control icons.

The culture is a perversion…

By putting the art pedal to the metal, we really, I think, maximize our humanness by becoming much more necessary and incomprehensible to the machine. We’re playing with half a deck as long as we tolerate that the cardinals of government and science should dictate where human curiosity can legitimately send its attention and where it can not. It’s an essentially preposterous situation. It is essentially a civil rights issue, because what we’re talking about here is the repression of a religious sensibility. Not built on some con game spun out by eunuchs, but based on the symbiotic relationship that was in place for our species for fifty thousand years before the advent of history, writing, priestcraft and propaganda.

We have to create culture, don’t watch TV, don’t read magazines. Create your own roadshow. The nexus of space and time where you are now is the most immediate sector of your universe, and if you’re worrying about Pop stars or politicians or somebody else, then you are dis-empowered, you’re giving it all away to icons, icons which are maintained by an electronic media so that you want to dress like X or have lips like Y. This is shit-brained, this kind of thinking.

That is all cultural diversion, and what is real is you and your friends and your associations, your highs, your orgasms, your hopes, your plans, your fears. And we are told ‘no’, we’re unimportant, we’re peripheral. ‘Get a degree, get a job, get a this, get a that.’ And then you’re a player, you don’t even want to play in that game. You want to reclaim your mind and get it out of the hands of the cultural engineers who want to turn you into a half-baked moron consuming all this trash that’s being manufactured out of the bones of a dying world.

You don’t have to be the victim of your culture. It’s not like your eye color, or your height, or your gender. It’s fragile. It can be remade if you wish it to be.

Television is by nature the dominator drug par excellence. Control of content, uniformity of content, repeatability of content make it inevitably a tool of coercion, brainwashing, and manipulation. Chaos is what we’ve lost touch with. This is why it is given a bad name. It is feared by the dominant archetype of our world, which is Ego, which clenches because its existence is defined in terms of control. If the words ‘life, liberty, and the pursuit of happiness’ don’t include the right to experiment with your own consciousness, then the Declaration of Independence isn’t worth the hemp it was written on.

Culture and language tend to become traps, and yet they can be the platforms for enormous freedom if you understand what it’s all about. And what it’s all about is you. You are the center of the mandala. You are not marginalized in any way. And the message that the culture gives us is that we are marginal. It’s really yourself that is the final arbiter. And if you keep yourself as the final arbiter, you will be less susceptible to infection by cultural illusion. 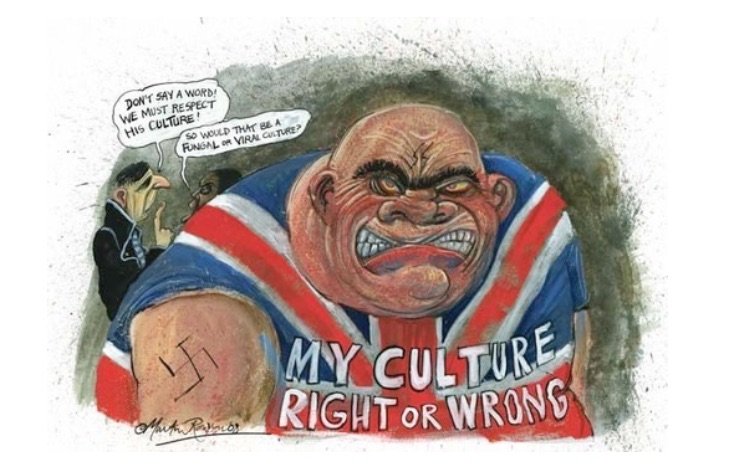