There are few political words in the English language that make less sense to American readers than the term “communitarian.” 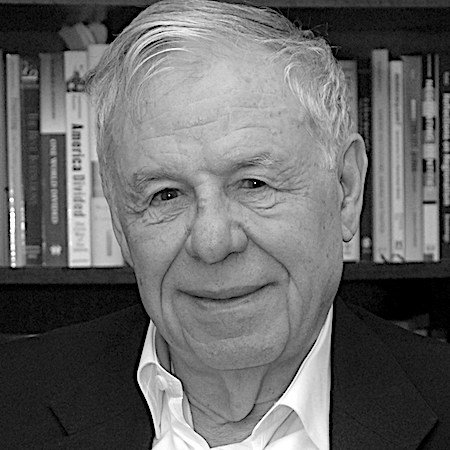 There are few White House advisers whose names remain as unfamiliar to the American people than the founder of the Communitarian Network, Dr. Amitai Etzioni. And there are very few people worldwide who will claim they understand the Hegelian dialectic – There are even fewer people who want to try. The problem is, without an understanding of this theoretical triad, there can be no rational or learned discussion of local, national, or international politics.

Most academics are familiar with some or all of these terms, and some people have heard of Etzioni. The basic reasoning behind contrived conflicts have all been part of the political discourse for the past century. Many political science texts teach the student to accept Hegel’s theory of achieving “God’s Idea,” without ever explaining that is what they are teaching. As a result, many educated people cannot recognize when they are being manipulated by a Hegelian motivated political guru.

Dr. Etzioni (who is often called a “guru” by other communitarians) explains where modern communitarianism comes from in the introduction to The Essential Communitarian Reader (1998). He admits the term communitarian originally meant: “a member of a community formed to put into practice communistic or socialistic theories,” in the 19th century. But in case that worries us too much, he assures us Webster’s changed the definition in 1909 to mean: ‘of, pertaining to, or characteristic of a community.’ He tells us the editors of his little group called the Responsive Community, “recognized that communitarian ideas can be found throughout history, although the term itself was coined only in 1841 by Barmby, who founded the Universal Communitarian Association.” Wikipedia has just a little more to say about Barmby.

“John Barmby is also known as the person who coined the word ” communism” during a visit to Paris in 1840 in conversation with some followers of Gracchus Babeuf 1. He introduced Engels to the French communiste movement 2. They founded the London Communist Propaganda Society in 1841 and, in the same year, the Universal Communitarian Association. Later, the Barmby’s had recast their movement as a church by 1843. Researchers at Rutgers University explain: Seeking a richer spiritual life than Owenite socialism or Chartism offered, soon after their marriage Catherine and Goodwyn Barmby founded the Communist Church. Although the church expired in 1849, in the mid-1840s it had more than ten congregations. 3 “Between 1854 and 1858 Barmby was minister of the Free Christian Church in Lancaster, Lancashire, where he held the title of Revolutionary Pontifarch of the Communist Church.

Communitarianism was first introduced by a communist who founded the London Communist Propaganda Society in 1841. But, according to the more moral Etzioni, one day the idea to form a Responsive Community jumped up and hit him in the head. It happened after he noticed a bunch of elite Harvard students who expected to receive a fair trial by jury said they would rather not serve on a jury. He found this sort of selfishness troubling. So, because he cares about people so much, the good guru made a lunch date with William Galston, where they realized the “Middle Ground” did not have a platform. So they decided to write one. “It seemed a subject worth exploring,” he says.

One day in 1999, the communitarian police showed up in my Seattle neighborhood to inspect our private homes for cleanliness, and to interview us for possible volunteer jobs we could do to help “Rebuild Community.” They said it would help us feel safer. To me, born in the USA and a lifelong US Army brat, this new concept for making me safer seemed a subject worth exploring.

I asked the Seattle City Council and all seven city agencies who planned to inspect my home and “help” me where they had obtained the authority to invade my privacy and make me a conscript. They responded with some choice phrases that not one of them could define for me. It took me a year to find the sources for terms like “livability issue,” “quality of life,” “full-blown-fear,” and “sustainable development” (one of which appeared on every document I read!). I was told that all the “innovative strategies of enforcement” being tested on my neighborhood were allowed, because my 4th Amendment right to protection from warrant less searches had been “balanced.” (And, in 2005, the Ninth District US Appellate Court upheld the city’s “efforts.” Dawson v. Seattle)

Most of my early research was a back-and-forth written correspondence with the City of Seattle. From 1999 to April 2004 I had gathered about 2500 government documents under the WA Public Disclosure Act of 1979 and the Freedom of Information Act of 1974. (I also used US Code 552a). I read every meeting note they produced for me. I learned every acronym and player’s name. I made detailed charts for the attorneys on both sides of the several lawsuits that later arose. But it wasn’t until I found Etzioni in March 2000 that I could identify what those terms meant to my government.

All the while I was studying every piece of paper the city allowed me to copy for 15 cents a page, I was also trying to understand their “logic.” They all appeared to have studied at the same obscure specialized school that taught them an entirely different concept of US government than I had ever learned. I never got my degree, but I aced Poli Sci 101 and US History 101 my first year of college. I almost quit trying, but then one day, it just jumped up and hit me in the head! I remembered a class I took on Existentialism at UAA in 1982. I remembered my professor going insane trying to explain the Hegelian dialectic to me, and that I had written a paper explaining why I didn’t “get it.” I begged him to let me drop the class. He wouldn’t, and I suffered. I read the selected work’s list and passed with a low C. All those years I never understood why he gave me an A+ on that paper.

That’s when I began re-reading Hegel. And honestly, I was so miserable I started suggesting my (then) 16 year old daughter should study it, figure it out, and then explain it to me. She was uncooperative at first, but eventually she grasped the fact that if I was working so hard to stop this new “enforcement” when I had always appeared to be a rational adult (most of the time anyway), then maybe it was as serious and important as I kept telling everyone it was. The only reason our thesis exists is because my daughter helped me to walk through the brainwashing I’d lived with all my life. It’s a very painful journey.

To even attempt to point this out to an American audience can be most damaging to the speaker. I, along with several other American writers, have risked (and lost) my reputation and my economic security only because I’ve tried my best to educate Americans on the topic of communitarianism.

For my persistence and dedicated efforts I have been much maligned and ridiculed. I’ve been forced into making some very difficult and dangerous life choices in order to continue my studies and writings. So, for all the people worldwide who do or will accuse me of being a conspiracy theorist, a right-wing wacko, or a radical libertarian/individualist, I put forth the following challenge:

Our thesis is that Political Communitarianism is the synthesis in the Hegelian dialectic. Our paper shows our historical evidence for our conclusion, and we also answer the “why?” I first made this challenge to Etzioni’s Network in 2002. After we posted our “What is the Hegelian Dialectic?” thesis at the first ACL website, I emailed it out to Dr. Etzioni, the Communitarian Network, and the American Sociological Association. Over the years since I’ve sent it to college professors around the country.

If I’m wrong about communitarianism, and anyone in the world can prove it to me, scientifically, with documents to dispute mine, I’ll make a humble, public amends to the guru. If I’m wrong, you have my word, I’ll never write another unkind word about Etzioni and his elite little band of liars and con artists. Even though nobody has ever once disputed me with factual evidence showing proof that’s contrary to my findings, it’s always been possible that I am indeed totally wrong.

As of today, over 2300 ACL visitors have answered the poll on our thesis page, and that number is growing steadily. Over 600 of these responses came from students, teachers, and professors. I may have, with my daughter, Nordica Friedrich, one of the most widely read, wholly original political theses in the world. For those who wonder why we have not received a degree for our efforts, you need only do a quick keyword search for “anti-communitarian studies programs.” As those who take the time to look will readily see, none exist, worldwide. I expect they’ll find only a link to the ACL’s hope that one will be established someday soon.

Our grassroots research website/institute is the only place in the world devoted exclusively to anti-communitarian studies. So even though I do not share the honors bestowed on Etzioni for his phony theory, I am an undisputed “expert” in my field. And, I just keep learning and studying. Thanks to Jason and Pete, I have a few of Etzioni’s hardcover books and other hardbound books and CDs, so I can continue my studies out here in remote Alaska where I live without electric or phone. I’m actually reading at night by candlelight and gratefully using my sister Kathy’s laptop with a battery.

I’m preparing to write a series of articles introducing readers to the most important aspects of this complex and confusing theory that leads to a global communitarian order. First I’m gonna go work for some real money, then I can sit down and use all the material I’ve gathered over 8 years of study.

Georg William Friedrich Hegel was a German theologian and philosopher who formed a theory of history to help dispute the American principles for individual freedom based in natural law. Amitai Etzioni is a German-Israeli immigrant who came to the US to further Hegel’s synthesis. First in this series of articles will be a new introduction to the Hegelian dialectic, just for the “common man.” I will ask Nordica to edit for me. As readers of 2020 know, she has a knack for simplifying my work.

Niki Raapana is the co-founder of the Anti-Communitarian League (ACL), an online research center for studying outside the box.