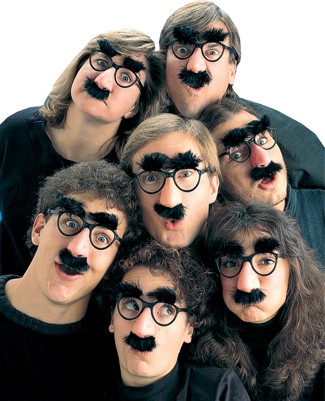 The response features an uncanny degree of uniformity and acquiescence.

Everyone is wearing a mask; ANTI-social distancing is drummed into our heads. Stores are hiding behind plexiglass and there are stations where we must stand. “Cases” are invented, bought n’ paid for. Politicians, doctors, and media lie.

Left-wing demonstrators are immune to the disease. Basketball and football players take the knee.

Corporations play along. Airlines demand you wear a mask as if flying wasn’t confining enough. Barely a protest is heard from people who have lost their livelihood.  Hardly anyone is saying the measures exceed the danger and are clearly designed for nefarious purposes.

Why do so many people want to perpetuate this suicidal hoax?

What do they all have in common? Athletes. Executives. Politicians, Media worldwide.

The answer is money. 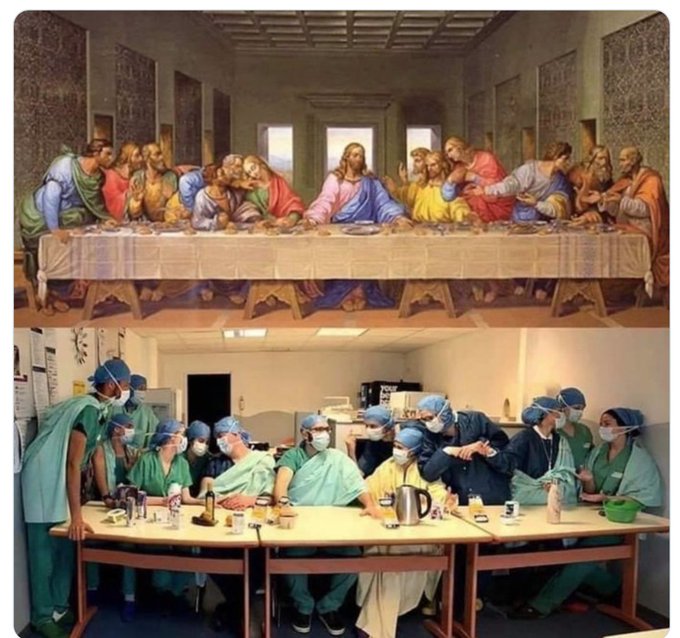 It’s a hoax. They’re laughing at us.

Everyone important is being paid off, including the rioters. The rest are dupes.

This is a symptom of a fundamentally flawed (i.e. toxic) banking system,

The lockdown should have elicited riots, but instead, we have a tawdry farce against “police brutality” funded by banker George Soros.

Money is humanity’s blood supply. The power that creates this “blood” is the central bank.  Unfortunately, this power is controlled by Satanists who intend to enslave mankind before their rotten structure collapses.

The world financial system is incredibly sophisticated and efficient. Every day, billions of transactions take place.

In our minds, “money” is changing hands. In fact, “money” is an abstraction, a mental concept. “Money is a massive game of ‘Let’s Pretend” i.e. make-believe.

Money doesn’t exist. It is an abstraction, a mental estimate of the value of something expressed in digits in some currency.

Money” is a medium of exchange. It only has value as an act of faith. We accept it as payment because we assume everyone else will also accept it.

This medium of exchange is created out of thin air by the central bankers in the form of interest-bearing debt to themselves.  Even though our governments could create this medium of exchange, debt, and interest-free, the bankers have finagled this golden goose and maintain it by selecting criminals and perverts to be our “leaders.”

To protect this prize, they must now enslave humanity. This is the essence of Communism and the NWO — the expansion of their credit monopoly to include power, thought, and behavior – a satanist tyranny. Everyone will worship them and their god, Lucifer, who represents them.

“MAKE BELIEVE”
When we buy or sell something, all that changes are the digits in our bank accounts. There are billions of bank accounts in the world. Consolidated, they represent a giant ledger kept by the central bank cartel and their bank franchisees. This ledger no doubt includes stocks, bonds, GIC’s, mortgages, etc.

“Money” is a chameleon. It resides as digits on the ledger but in a flash, it can transform itself into currency, any product or service, or back to its digital form. Created out of nothing by magic, it truly is a spirit that transcends its practical function and casts a spell over our minds.

I compare this mysterious force with the blood in our societal body. Every day it flows back and forces, nourishing some parts of the social-body and depriving others.

The heart that pumps this “blood” around the world is the central bank.  Unfortunately, this “heart” is run by Satanists who are trying to enslave the body, mind, and spirit. 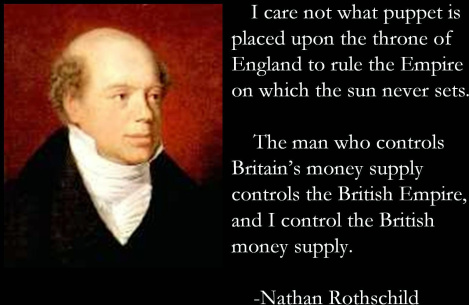 Now imagine you were this heart. You keep this Ledger and are running this scam. How would you protect it? You’d try to leverage this advantage into total control of all the bank account holders. You’d install a Communist world government with a world currency and Luciferian religion. (See What is Communism?)

Since you belong to a supremacist satanic cult, Cabalism, you would also have an ideological motive. (See Why Cabala is Satanic   and Satanism Explained.)

You would induct humanity into Cabalism (Freemasonry) without it realizing it.

A satanic cult, Cabalism exploits and controls its members by making them sick, by undermining their gender identity, as well as their national, racial and religious identities. We are under constant psychological and physical attack. Here is a list of examples. 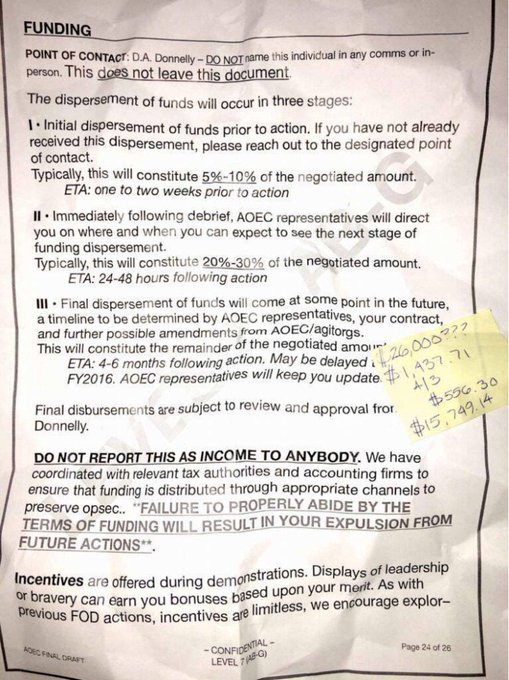 (This is from 2015 Baltimore riots. George Soros, who is funding rioting, looting and arson, operates with impunity because he is a banker. Trump may finally be taking a stand against Antifa but will that include Soros?)

You would support crime, drug and sex trafficking and perversion of all kinds. You’d use “intelligence services” (CIA, MI-6, Mossad) for this purpose. You’d stage false flag events in order to foster race war, dissent, and instill confusion and fear. You’d smear truth sayers as “fascists” and “bigots.” You’d de-platform them. Since you own the arms makers, you’d increase the “debt” by fostering gratuitous endless war.

Generally speaking, all parties on the Left advance the Cabalist agenda while pretending to champion the underdog. Parties on the Right pretend to defend traditional society. The corporations, politicians, media, military, education, and church are all bought-and-paid-for. When you have a money machine, there are a lot of second-raters ready to sell their souls and country to get ahead.

We have blood poisoning. I humbly offer this as the reason for what is wrong in the world.

Nothing will improve until we get a heart transplant.

Mankind has come a long way materially but we are sliding backward spiritually.

We must convince the Rothschilds that they are headed down a path to hell but can turn back.

Rothschilds! You have unlimited money but you lack love. Champion life instead of death and you will know love and happiness which no money can buy.

Become the benefactors of humanity rather than the bane.